The Skerries Coast Guard team took part in the St Patrick’s day parade in Skerries, cheered on by one of the biggest crowds in recent years. The Irish Coast Guard’s Dublin based Sikorsky S92 helicopter also preformed a dramatic flyover of the Strand Street / South Strand Street area just as the parade began at 15:00. The parade departed the South Strand and make its way up Strand Street, past the viewing platform at the Church before finishing up at the Skerries Mills carpark.

The parade was once again organised by the Skerries Chamber of Commerce. All  entrants assembled from 13:30 at the South Strand, with the judging taking place before the parade started off at 15:00. This year saw the Skerries Coast Guard Team awarded the prestigious Judges Prize! 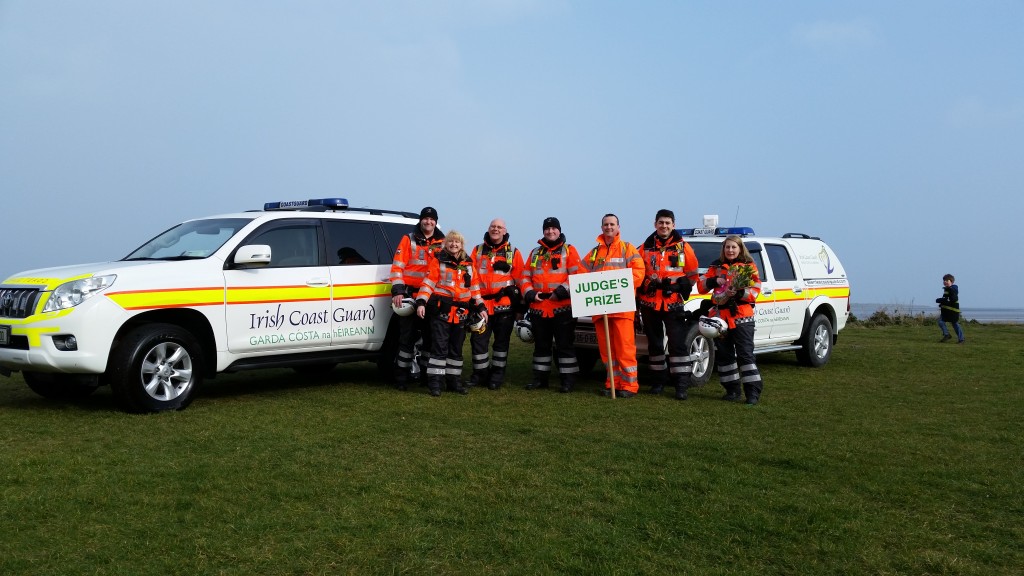