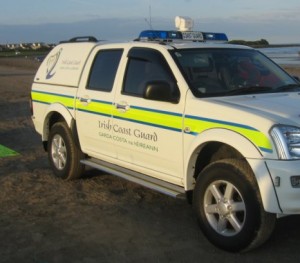 At 14:50 this afternoon, the Skerries Coast Guard team were tasked to investigate reports of a Jetski operating close to the North beach, Skerries. Concerned members of the public had contacted the Coast Guard rescue centre, as the jetski was travelling at high speed only metres out from the water’s edge on a popular beach. The Howth Coast Guard patrol boat, which was patrolling near Malahide, was also tasked to the scene.

After arriving on scene, the Skerries team observed the jetski which, as reported, was travelling in excess of the designated speed for the area. The team briefed the owner on the relevant regulations and bye-laws concerning the use of jetskis.