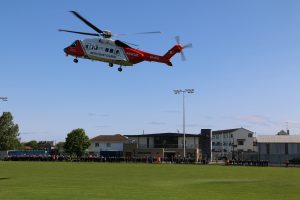 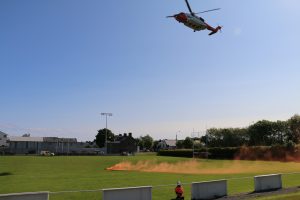 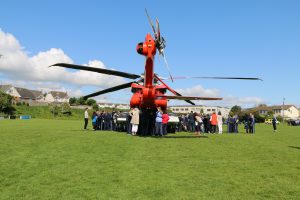 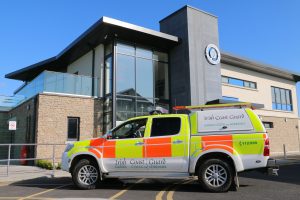 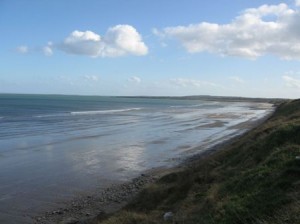 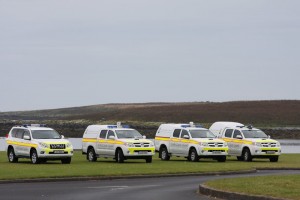 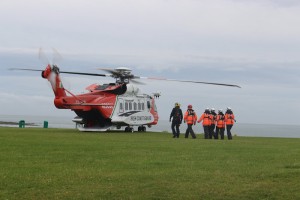 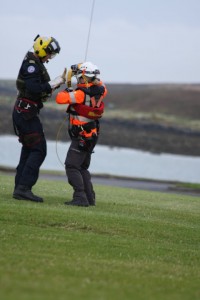 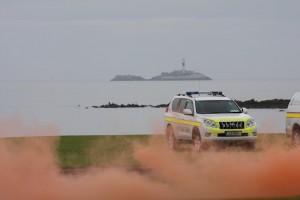 This morning, the Skerries Coast Guard team assembled at the Hills Cricket Club, Skerries to prepare the landing site for a visit from the Coast Guard’s Dublin based Sikorsky S92 helicopter. The Skerries team were joined by their fellow Coast Guards from Clogherhead.

Shortly before 09:30, the helicopter made radio contact with the Coast Guard ground team to confirm its imminent arrival. Orange smoke flares were deployed at the site, to assist the helicopter crew with assessing wind speed & direction. The Sikorsky helicopter landed on several moments later, the first time a Coast Guard helicopter had ever landed at the immaculate grasslands of the cricket club site.

The purpose of the visit was to allow the excited pupils of the nearby Scoil Moibhi National School an opportunity to explore the impressive helicopter up close and learn more about the work of the Coast Guard.

The Coast Guard extends its sincere thanks to all at the Hills Cricket Club for allowing us the use of their club lands for the visit.