This evening, the Skerries Coast Guard team visited their local Order of Malta station at Hampton Street, Balbriggan to deliver a water safety talk to the unit’s cadets. The Order of Malta cadets are aged between 10 and 16 years and are part of the Ambulance Corp.

This highly interactive safety talk focused on lifejackets, in particular the importance of wearing them correctly and how they save lives. The cadets also learned what actions to take to safely help someone in difficulty in the water and most importantly how to raise the alarm.

During the evening, the enthusiastic cadets also had the opportunity to try on the various lifejackets and water safety equipment used by Coast Guard volunteers when they are operating near water.

Overall, the evening was very enjoyable for the cadets, with plenty of questions asked both about water safety and the Coast Guard. This water safety talk is part of a series of safety initiatives the cadets are taking part in for their Order of Malta Achievement Programme.

For more information on the Balbriggan Order of Malta, visit their website.

Remember – if you spot someone in difficulty in the water, even if you only think they could be in difficulty, dial 999 or 112 and ask for the Coast Guard. Your call could save their life. 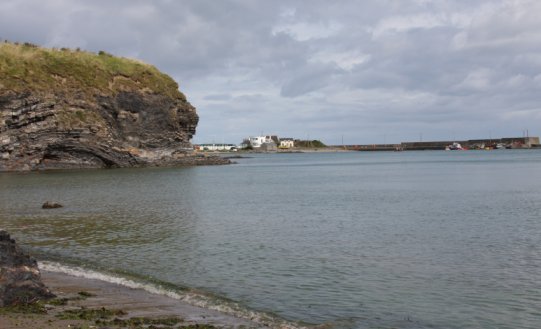 The exercise was based on the scenario of an injured person requiring rescue from a remote cove in Loughshinny, about 3 miles South of Skerries. At high tide, this cove is only accessible by boat, and so in this instance required a water borne deployment of the rescue team. The Skerries Coast Guard rescue team boarded the Howth Coast Guard patrol boat at Skerries harbour. The team were then quickly deployed to the scene at Loughshinny. 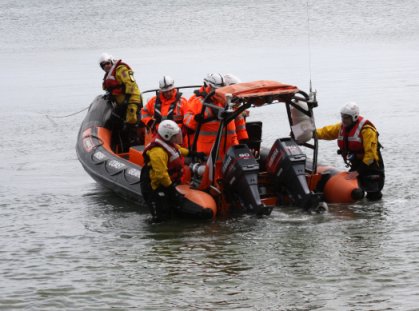 The Howth boat collected the Order of Malta EMT medics from Loughinny pier and transferred them to the scene. 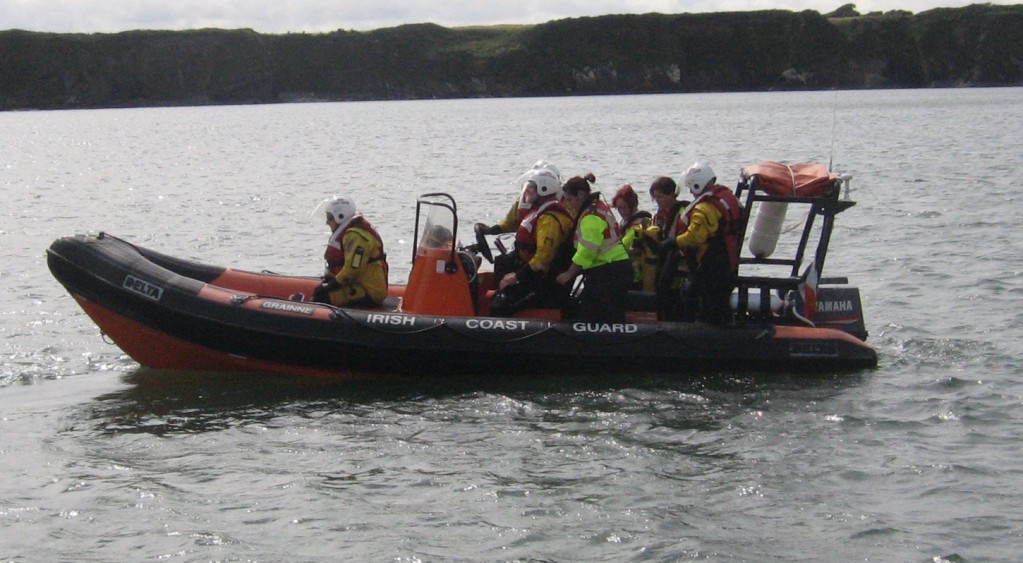 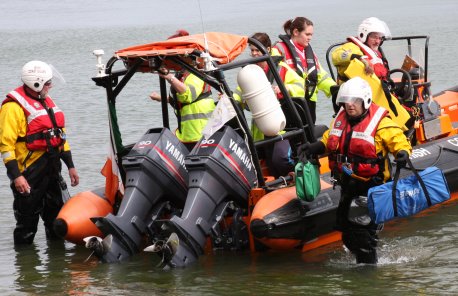 Once on scene, the medics assumed control of the casualty care. The casualty’s fractures were immobilised in splints and full spinal immobilisation was also effected. Oxygen therapy was also provided. 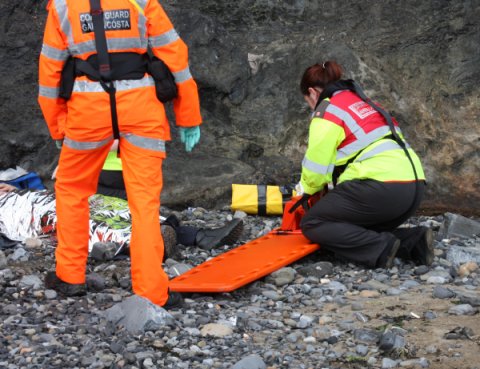 The scenario was repeated, allowing for a change of personnel in the teams.

Overall the exercise was a great success, proving immensely challenging and realistic. In particular, the Coast Guard would like to thank the Balbriggan Order of Malta for their enthusiastic contribution to the exercise.

More photos are available in our online photo gallery.