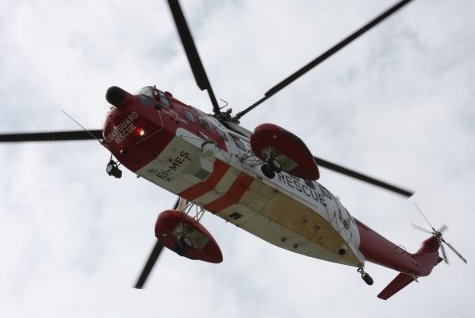 Earlier this afternoon, the Coast Guard’s National Operations Centre received a report of a person possibly requiring assistance near Skerries harbour. The Skerries Coast Guard team were paged to the scene. The Dublin based Coast Guard helicopter was tasked to the scene along with Skerries DFB.

The casualty was quickly located in the area by all units and the helicopter winched its paramedic winchman down to the scene. After assessing the casualty’s condition, it was decided that a helicopter evacuation was not required.