At 22:25 this evening, the Irish Coast Guard’s control centre received a report of unusual lights near Loughshinny harbour. A member of the public had spotted flashing lights South of the harbour and was concerned it may have been a boat in difficulty. 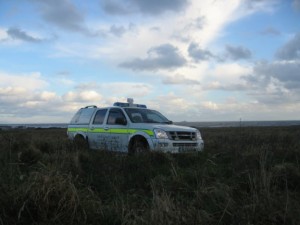 The Skerries Coast Guard team were tasked to Loughshinny to investigate, arriving on scene within minutes. After carrying out a search of the area and observing the lights, the team concluded that no further action was required and the lights were not from a vessel in difficulty.

Remember – if you spot someone in difficulty on the coast, even if you only think that someone could be in difficulty, dial 999 or 112 and ask for the COAST GUARD. Your call could save their life.