The Skerries Coast Guard team have been assisting Balbriggan Gardai since late December 2012 in the search for Paul Byrne, who was reported missing from the Rush, Co Dublin area. Paul Byrne (aged 24) was last seen at approximately 3am on the 25th December 2012 in the Sandy Lane area of Rush. Paul is described as 5′ 5″ in height, of thin build with blue eyes and short light brown hair. Further details are available from the Garda.ie 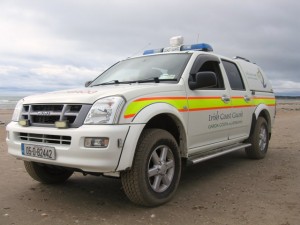 The Skerries Coast Guard team have carried out regular extensive low tide searches of the Rogerstown and Rush coastline area since late December, unfortunately with nothing to report. This coastal search is ongoing with further low tide searches planned for the coming days.

The Gardai have appealed for anyone who may be able to assist in locating Paul to contact Balbriggan Garda station at 01 8020510, the Garda confidential line 1800 666 111 or at any Garda station.