Early this afternoon, the Skerries Coast Guard team were tasked to investigate a report of a yacht in difficulty north of Balbriggan harbour. The yacht appeared to have sustained a fouled propeller and required assistance. A nearby motor vessel on scene provided a tow to bring the yacht to the safety of Balbriggan harbour. The Skerries Coast Guard team inspected the yacht at the harbour and confirmed with the skipper that no serious damage was sustained. No further assistance was required.

This evening, the Skerries Coast Guard team were tasked to investigate reports of a yacht aground near Donabate beach. Several concerned members of the public had notified the Coast Guard’s Maritime Coordination Centre to report that the yacht, with one person on board, may require assistance. The yacht had been attempting to enter the narrow channel of the Malahide Estuary, however the unusually low water levels from the falling Spring tide resulted in the yacht running aground near the channel entrance.

The Skerries Coast Guard team arrived at the scene and quickly established that there was no imminent danger to the yacht or crew on board. The crew’s intention was to wait for the yacht to refloat later that evening with the change of the tide and continue on their way. No further action was required and the Skerries team were stood down.

Remember – if you spot someone in difficulty along the coast dial 999 or 112 and ask for the COAST GUARD. Your call could save their life.

The Irish Coast Guard’s National Maritime Operations Centre received a report of a yacht aground on the Northern bank of the approach to Malahide Estuary. With a falling spring tide, time was of the essence to refloating the stricken yacht. The Howth Lifeboat was requested to launch to assist the yacht. TheSkerries Coast Guard team were also tasked to the scene.

Fortunately, after another private vessel on scene was able to tow the yacht to safety and no further action was required. 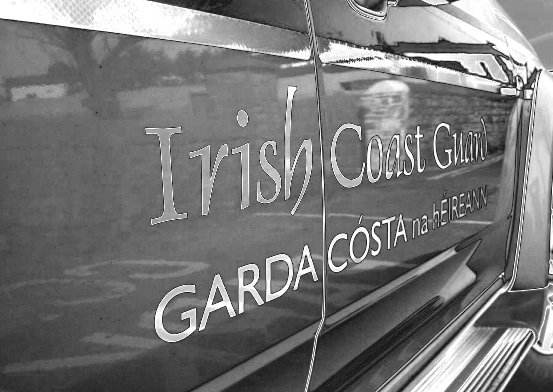