This evening, the Skerries Coast Guard team were tasked to investigate reports of Jetskis acting in a wreckless manner near designated swimming areas on the Skerries coast. Several concerned members of the public had contacted the Coast Guard’s Operations Centre on 999 to report the three jetskis.

The Skerries Coast Guard team quickly located the jetskis upon arrival at the harbour area. The three were signalled to return to the slipway and duly complied. Members of the Skerries Coast Guard team and Gardai from Balbriggan spoke with the 3 jetski operators and reminded them of the provisions of the Fingal County Council Bye-Laws governing the use of Jetskis in the area. A copy of these bye-laws are also available from the Council’s website www.fingalcoco.ie

Remember – if you spot any jetskis or powerboats being operated in a manner or area that might cause a nuisance or danger to other water users including swimmers, contact the Coast Guard on 999 or 112.

Early this afternoon, the Coast Guard’s National Maritime Operations Centre at Dublin received a call from Fingal Lifeguards stationed at Loughshinny reporting concerns for several youths who had set out on kayaks earlier that morning. The group of kayakers had set out from Loughshinny beach amid clear conditions, however a think fog had since descended with visibility reduced to less than 30 metres.

Skerries Coast Guard would recommend before setting out on the water to check the current Sea Area Forecast (available from www.met.ie) for any expected changes or deterioration in the prevailing weather conditions. 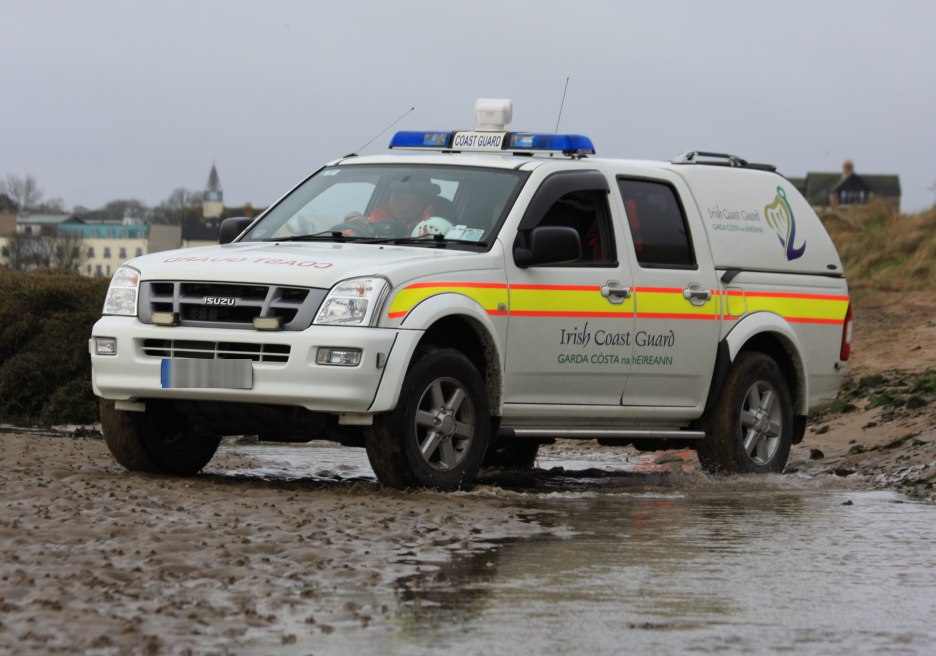 Late this evening the Skerries Coast Guard team were tasked to assist with a rescue near Donabate beach, Co Dublin. The Coast Guard’s Maritime Control Centre had received a report that a group of three persons had raised the alarm having become disoriented in the area due to the falling darkness and unusually fast incoming tide.

The Skerries Coast Guard team, with the guidance of the Coast Guard’s Dublin based Sikorsky S92 helicopter (Rescue 116) located the group and assisted them to navigate through the rough terrain and back to safety.

Remember – if you find yourself in difficulty along the coast, do not hesitate to raise the alarm. Dial 999 or 112 and ask for the COAST GUARD.

Early this afternoon, the Skerries Coast Guard team were tasked to investigate a report of a yacht in difficulty north of Balbriggan harbour. The yacht appeared to have sustained a fouled propeller and required assistance. A nearby motor vessel on scene provided a tow to bring the yacht to the safety of Balbriggan harbour. The Skerries Coast Guard team inspected the yacht at the harbour and confirmed with the skipper that no serious damage was sustained. No further assistance was required.